There have been headlines about the United Methodist Church recently. We’re splitting or we’re splintering. We’re hopelessly divided and we’re at each other’s throats, according to some media reports.

Let me say, I have not lost hope in the future of our church. In fact, after this weekend’s Annual Conference, I am renewing my faith in Methodism and the role it will play in making a better world by bringing souls to Christ.

Annual Conference was held in person for the first time in three years this weekend. We met in Hampton and celebrated together with the theme of “United as One in Worship.” The worship was something special! Maybe it was the long delay in coming together, maybe it was the deep desire to unite if we could, but the high energy worship music combined with powerful preaching by Bishop Lewis made this an event that I won’t soon forget.

But that’s one exciting event. How about the future of Methodism?

We are divided. There’s no denying that. We are divided, as we have been for decades, into two camps on the issue of human sexuality. One camp believes the issue of first importance is maintaining fidelity to a traditional reading of scripture and upholding long held cultural norms. I understand this group and I love these people. A second camp believes the issue of first importance is to welcome all into full participation in our denomination and to interpret scripture in a more expansive light. I understand and I love these Methodists, too.

I have to ask myself if there is a model for a body of people, like Methodists, who don’t agree on everything—who might even disagree on something fundamental—but who understand and love one another anyway. There is. That model is family.

Doesn’t it happen in families at times, that our paths diverge? We part and go different ways. But we are still related. We are still family. 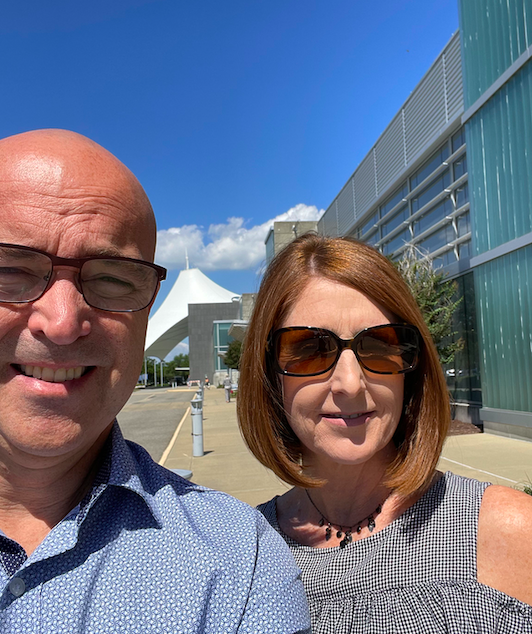 Jason and Jenn Duley in Hampton on Saturday

I believe that division in our denomination can lead us towards unity in Christ, the same way a family remains close even when members seek different directions.

Last month, the Global Methodist Church launched. This is a brand new denomination made up of theologically conservative congregations who have broken away from the United Methodist denomination. They have taken it upon themselves to make this split, so as to maintain fidelity to what they believe about homosexuality (that it is incompatible with Christian practice). I do not align my views exactly with theirs, but I wish them well. I would even say this is a hopeful sign, because for decades United Methodists have been of different minds about homosexuality, gay clergy, and same-sex marriage. Our inability to resolve the issue has made us angry enough that we have struggled to remain Christ-like in our association with one another.

To have a group (maybe numbering one million) break away from our 10-million-member denomination allows both camps the space to breathe deeply, connect with how we feel and what we think Christ wants, and to renew our mission to the people we are best fitted to reach.

Because you know this issue does not divide people into good and bad, any more than it divides people into those who need Christ and those who don’t need Christ. Every member of every church on either side of this ideological split needs Christ—and deserves a church that can minister to that need effectively. That’s our unity!

To have a new denomination, to have two denominations, where all members can be in agreement about issues of human sexuality for once, allows us all to concentrate on the work that we are given as unique witnesses for Christ. That gives me hope for new expressions of faith in many places, to many people, in many ways.

As regards our Galilee and Chapel congregations, I expect we will remain involved in a United Methodist denomination that allows freedom and flexibility. If and when changes are made to the Book of Discipline or governing bodies of our denomination, these changes will come at the General Conference level and not before 2024. With respect to the LGBTQ community, probably the policy that will be adopted (for instance toward same gender weddings), will be language stating that “some churches may offer these; no church must.” We can choose our path. It’s a future that congregations and clergy will make together, as we discern the will of the Lord for our church. 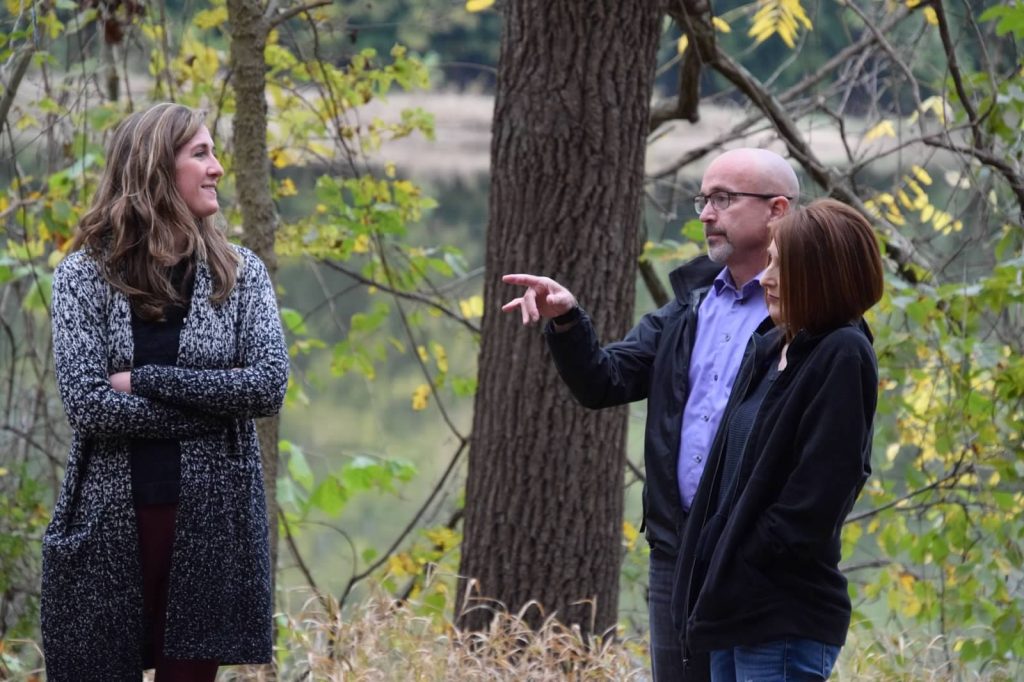 For more information about denominational news, check out the worldwide umc.org, Virginia’s own vaumc.org, and our area’s novaumc.org.