I’m the sort of person who always likes to be doing something. If we’re friends on social media, you know I’m often out hiking or running. Anywhere in nature is OK with me, I love the exercise.

Now, I don’t fully understand my friend’s experience with Christianity or his practice of Buddhism. But really, what? Christianity as just something that we think? Not something that we do? While I was trying to understand that perspective, it did have some resonance. Much of Christianity seems to emphasize merely saying or believing the right things. Superficially you can do whatever you want, behave like anyone else, as long as you say a certain prayer or recite a certain creed—as if there’s no need for action consistent with your belief.

Sadly, plenty of Christianity is like that. But then, so is plenty of Buddhism. Yet is that ALL there is to this thing we call faith? Right belief? Words? I don’t think so.

As I said, I am the sort of person who likes to do things and that inclination is not stymied by Christianity. Rather, I find fulfillment in the rich tradition of actions, practices, and spiritual exercises that are part of following Christ. You might be doing some of these things with special focus right now, because it is Lent, a time when we think about our spiritual condition in preparation for Easter:

In the Bible, Jesus tells those who would believe in him, “Follow me.” That’s an action. That’s movement. That’s doing.

Are you looking for a deeper spiritual feeling? Then move your spiritual muscles, and your mind and your heart will follow. 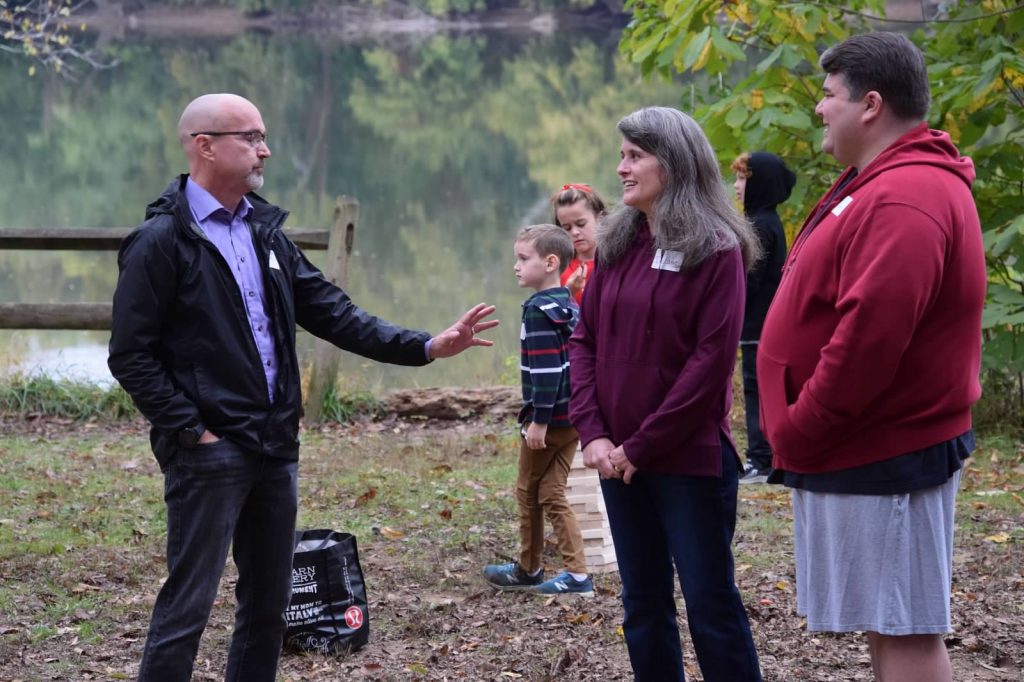 Lent is a time for spiritual focus and growth.  Galilee encourages you to attend services regularly during Lent (including Holy Thursday and Good Friday), get active in the church community, join a small group, and find other ways to exercise your spiritual muscles. Why? So you can better love God and love your neighbor.